Your colleague said he would have the report finished last night but it’s 8 am and the document hasn’t been opened since the week before. Your reputation is on the line. What do you do?

Your team is presenting to a visiting consultant, but one team member didn’t finish her part of the slide presentation. What’s your next move?

You agreed to develop the prototype for a panel of Ph.D’s but the program isn’t running, and you have tried everything. You are worried you will have nothing to show for weeks of research. Where do you turn for help? 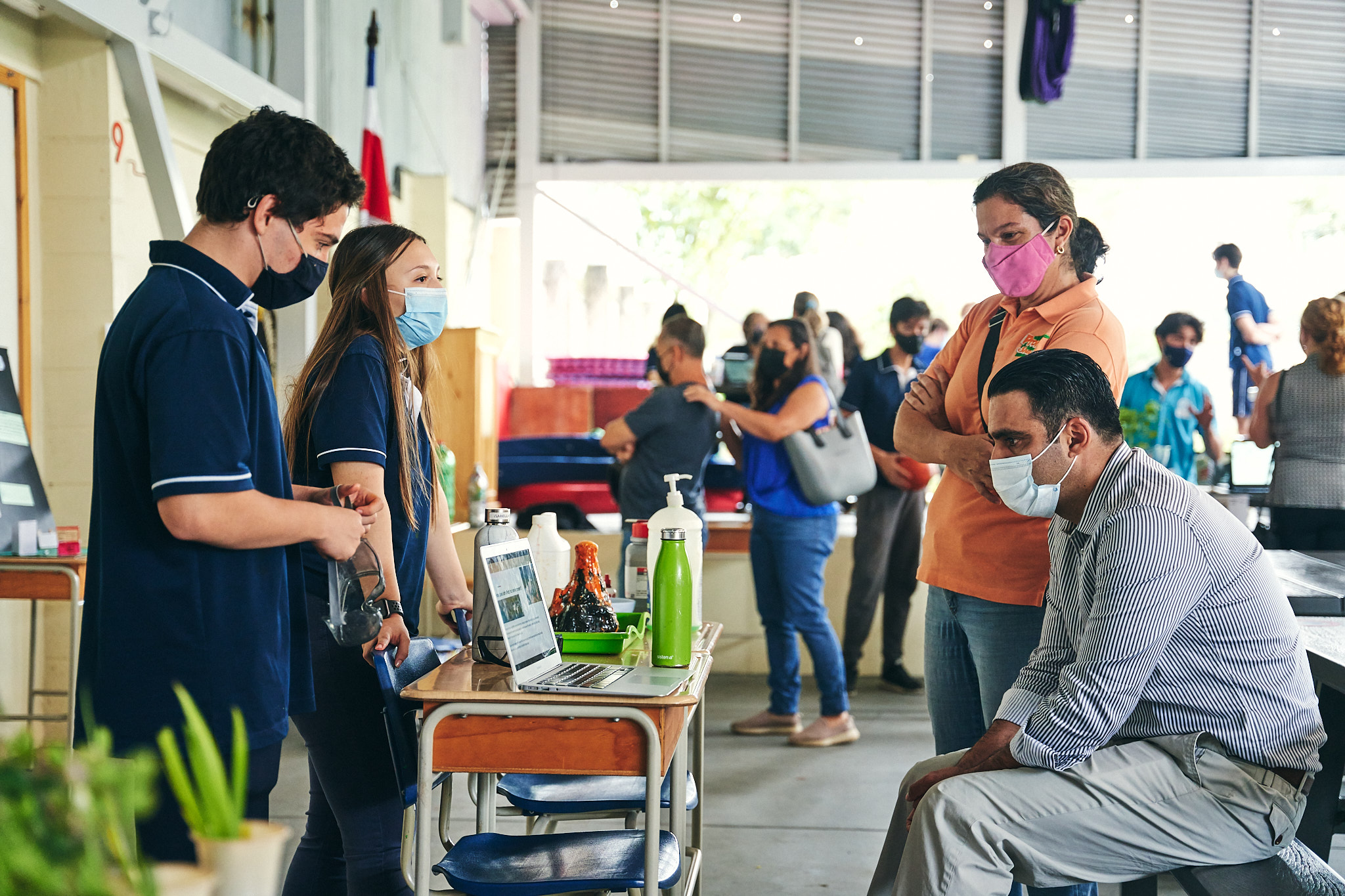 You are 11, and you really care what your colleague thinks, because he’s also one of your best friends. The girl who didn’t finish her slides? She’s a year older!

Worse, you don’t draw a salary — they really aren’t joking when they say private schools don’t pay that well — and you can’t just quit or take a personal day (or two)!

What do you do? 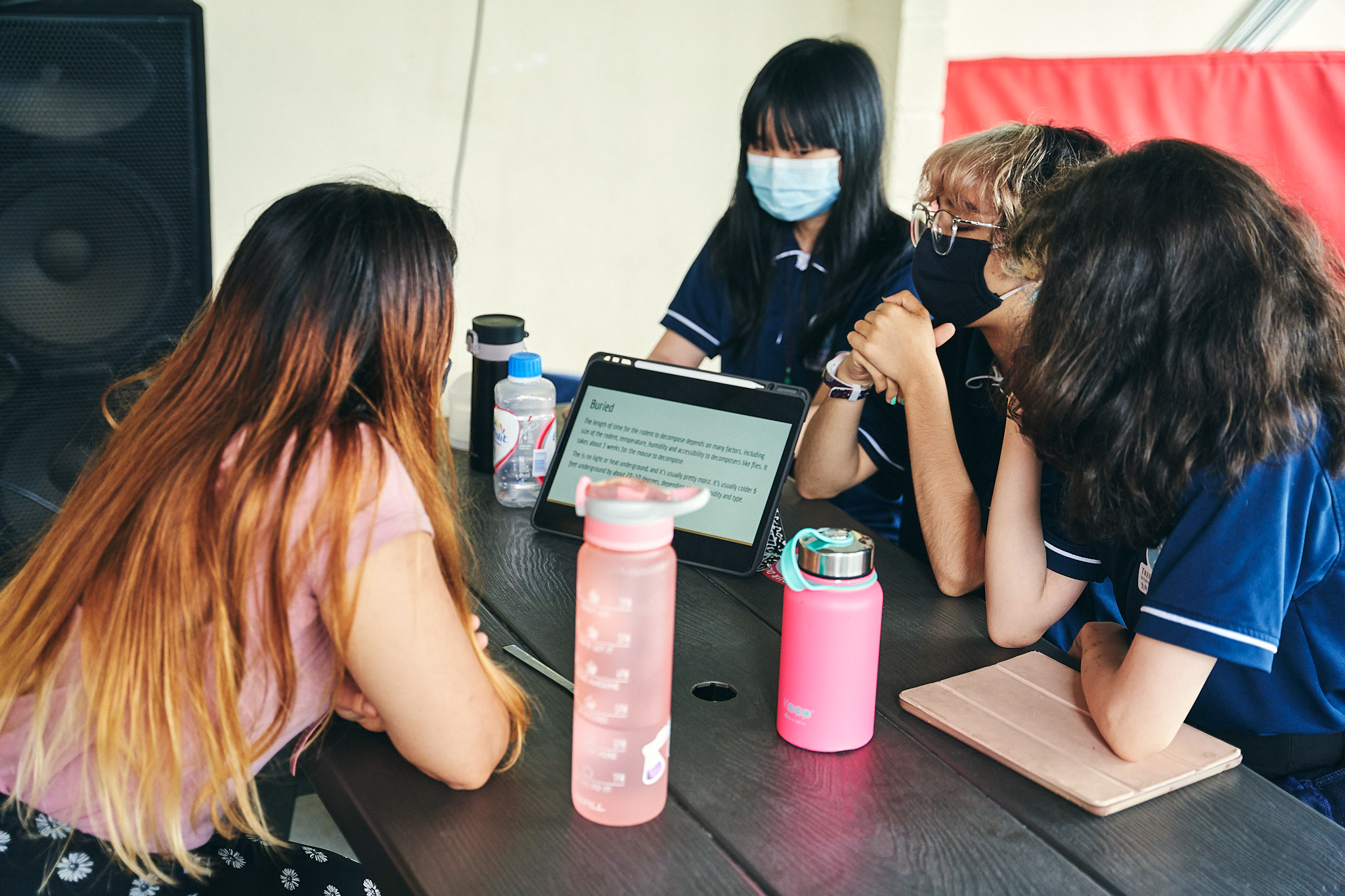 These scenarios are real-life experiences that different students encountered as they worked on their STEAM Fair projects last month. There really was a panel of Ph.D’s reviewing the findings of Grades 6, 7 and 8 students. Students had to present to a visiting consultant and get feedback on their presentations. How they learned to deal with challenges like these is what we call “emergent learning” – the incidental, along-the-way learning that happens as students study something else. While this ‘something else’ falls under the heading of academic learning objectives that get tested and graded, emergent learning rarely receives a letter grade because it is so hard to measure. Yet this emergent learning is critical to success in all areas of life, because it has to do with central skills required to lead.

With its wide-open format that allowed students to pursue their personal interests inside a rigorous framework, the Tree of Life STEAM Fair provided a perfect test-bed for developing leadership, one of the 21st-century skills.

Each student was given a number of choices. They could choose their partners and their subject inside the main theme, “It’s a Green World.” They could also choose their driving question, the methodology and the final product. While they were supported along the way by their teachers in different subjects, they could choose whether or not to apply the feedback they received. They were coached inside a work scheme, but how hard they worked was ultimately up to them.

This points to the first key in developing leadership skills. To learn how to lead, you have to make decisions and deal with their consequences. In other words, you have to be allowed to take risks, and make mistakes.

You also have to work with others.

While group work wasn’t mandatory, all students gravitated to it, suggesting that learning with others is in our nature as social beings.

“It makes learning more fun,” Catalina shares, adding, “People have different strengths, so working in a team makes you more successful.” Her partner left the school to return to her home country, so Catalina had the extra challenge of presenting the completed project alone during the STEAM Fair.

“I really missed my partner but I discovered I could do it by myself, too. I had to,” she notes.

Some worked in teams of two, like Catalina and Alicia, and others in trios or quartets. Regardless of the number, working as a team helped point out areas in need of improvement when it came to communication.

“I sometimes just blew up,” Mauricio remembers. “It’s hard when they don’t listen,” he adds, glaring at partners Connor and Matias.

“You have to learn empathy,” Matias reminds him.

“It’s better than shouting, which gets you nowhere!” Matias says with a grin, and Mauricio laughingly agrees.

Assertive communication is clearly another learning point, and T. Marcela was there to guide from the sidelines. She remembers a number of conversations where students came looking for assistance in managing their groups better.

“Students have big ideas but they don’t always know how to communicate them. They don’t like getting their friends in trouble, but neither do they want to do all the work on their own, or see a poor quality project because no one kept their timeline.”

“In one case, I remember telling them: no one forced you to work together. You decided to work together, so you have to watch out for each other, and communicate,” Marcela recalls.

“I asked them: instead of just assuming they aren’t working, why don’t you find out why they are stuck? Work together as a team. These are skills we are learning, and it’s not always easy, but communication is the key.”

Marcela regularly reviewed students’ learning logs, pointing out new lines of questioning or suggesting other resources and connecting their projects back to the understanding goals central to the Cambridge curriculum. But students also had feedback from each other in the pitch meetings they made, following a presentation technique they learned from mathematician Tomas de Camino.

“To get feedback from others, you have to be able to quickly update them. Tomas showed them how to do a micro-ignite and we saw their presentations improving almost immediately. They also learned to give constructive feedback, and not to take suggestions negatively,” Marcela explains. 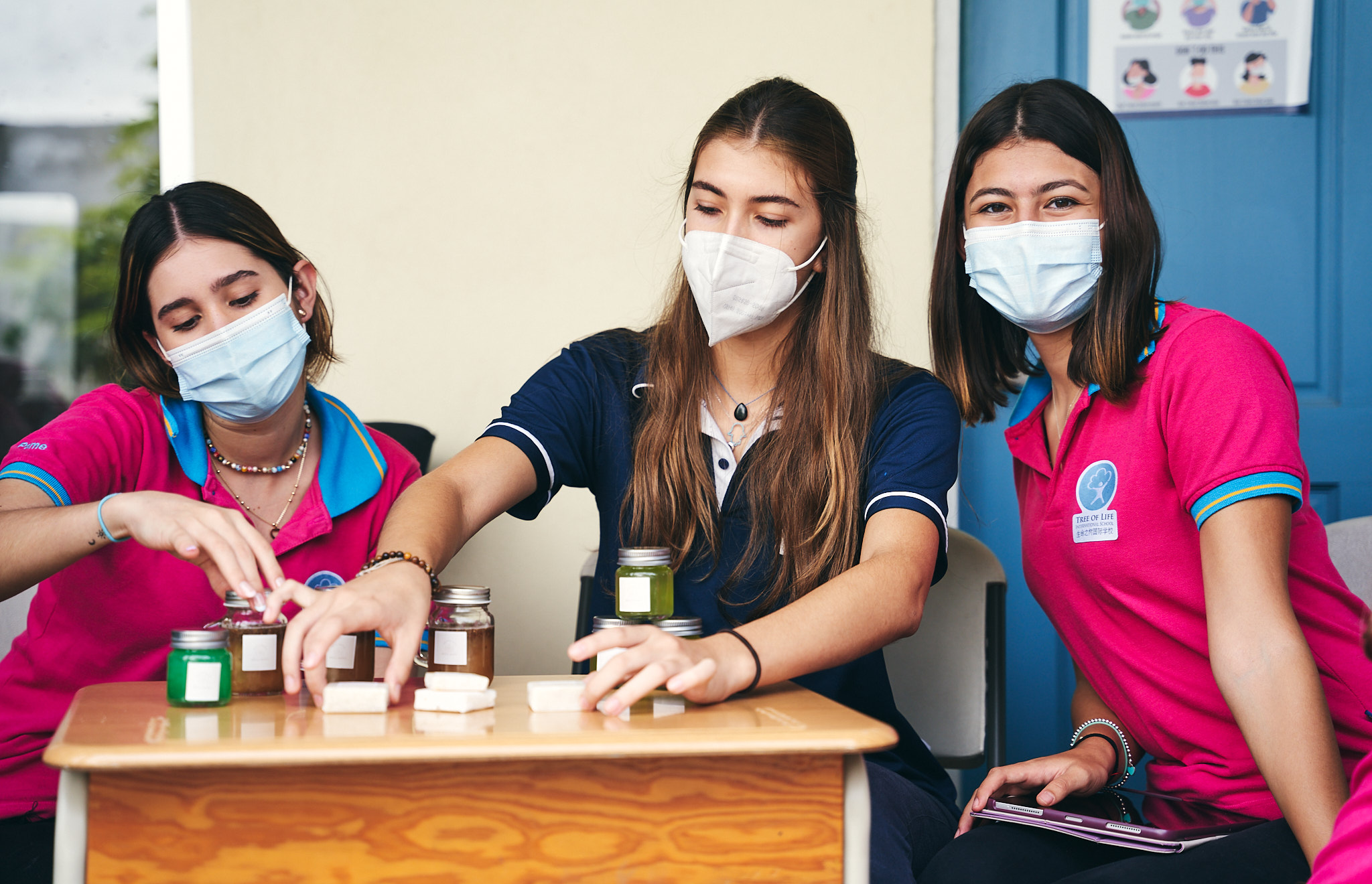 Perhaps the biggest learning comes when you have tried everything – and it still doesn’t work. Mia, Felipe and Nico had this problem with their hydroelectric power prototype involving a water wheel made of plastic spoons, a soda pop bottle, a LED light and a motor salvaged from a printer.

“We wanted to produce electricity with the water from the pop bottle, but it didn’t turn the wheel fast enough,” explains Mia. “We tried a light bulb that used less power. We tried another motor, but no. It didn’t work.”

Felipe found a way to show how turning a turbine can create energy, though. He gave the water wheel a solid push with his fingers, and the LED light flickered.

“So our idea works, just not the way we had planned. But we have an idea with another type of motor that is more energy-efficient,” Mia adds, highlighting how failure helps spark critical thinking.

Problem-solving is a key skill, but no one ever learns it just by following fail-safe instructions. One must first encounter … a problem! And then there is the opportunity to turn to your own network. Mia credits her father for helping her think through the problems her team encountered.

Problem-solving leads to developing another key skill: resilience. Like Mia, Nico and Felipe, leaders have to manage the frustration that builds as a problem just goes on being a problem, and still find a way to persist and adapt.

Leadership: When your actions help others

While the water wheel didn’t work out as planned, Felipe’s demonstration made an impact. This last week as I was reviewing with grade 8 and 9 students how a thermal electric plant worked, someone recalled the water wheel – and it was like the figurative lightbulb went on for the whole class. They had a visual of how a turbine generates an electric current – and a reminder how important it is to connect new learning with old.