“My Universe” – a simple phrase that will trigger a different thought in each person. Some might think of the literal universe, constantly expanding away from us. Vastly empty, yet so full of wonders. Others might think of their families, of Earth, or their community. Whatever thought is triggered for you: that was the theme for this year’s STEAM Fair.

On Friday the 10th of June, many of you came in to see the amazing projects your children and their peers had been working on. Almost the whole school took part that day, however, the Foundations class had to delay their presentation time by a week as both of their teachers were off sick at that time! (We were glad they were feeling better the next week!) While they may have had a smaller group visiting them, they still were so excited to show everyone who did come to their amazing space station and the astronaut cereals they had designed! 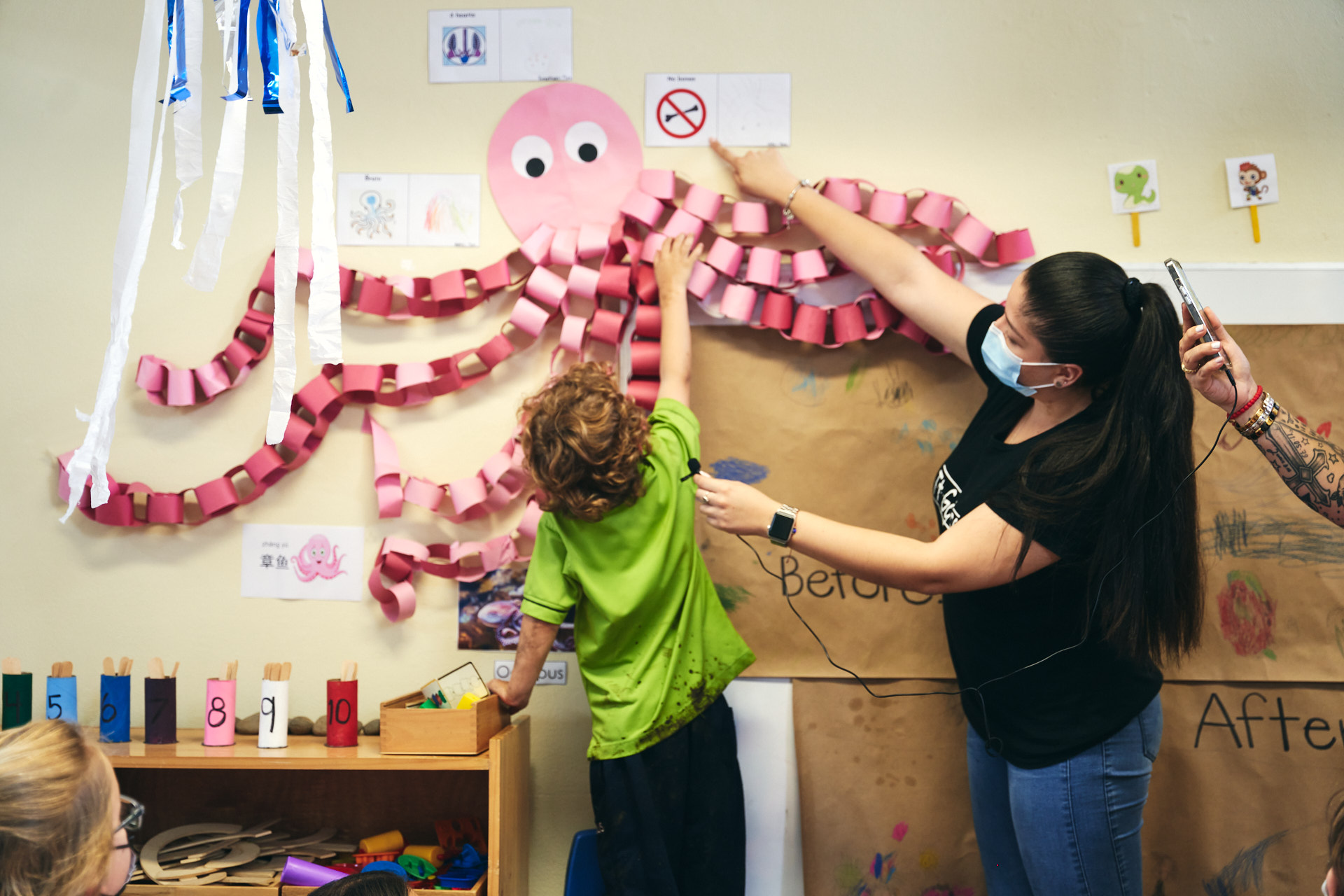 Backing up to Friday the 10th, we had students from all three sections sharing their projects relating to their universe. In section A, the adorable Early Childcare class made a heart-melting video to encourage people to protect the oceans, and then they highlighted a variety of marine creatures and their features! My personal favourites were the creative crab models!

In section B, EL2 showcased half a dozen different projects all relating to how to keep plants alive in space. Every student was able to present their section really well and they were so excited and enthusiastic about sharing their work!

EL3 worked furiously in the morning with the help of a few teachers to cover up the windows in their classroom to help build the atmosphere of space (or should we say no atmosphere?!). When you entered space, each of the groups was set up with a presentation and a prototype, highlighting their designs for space suits to get them to specific planets. 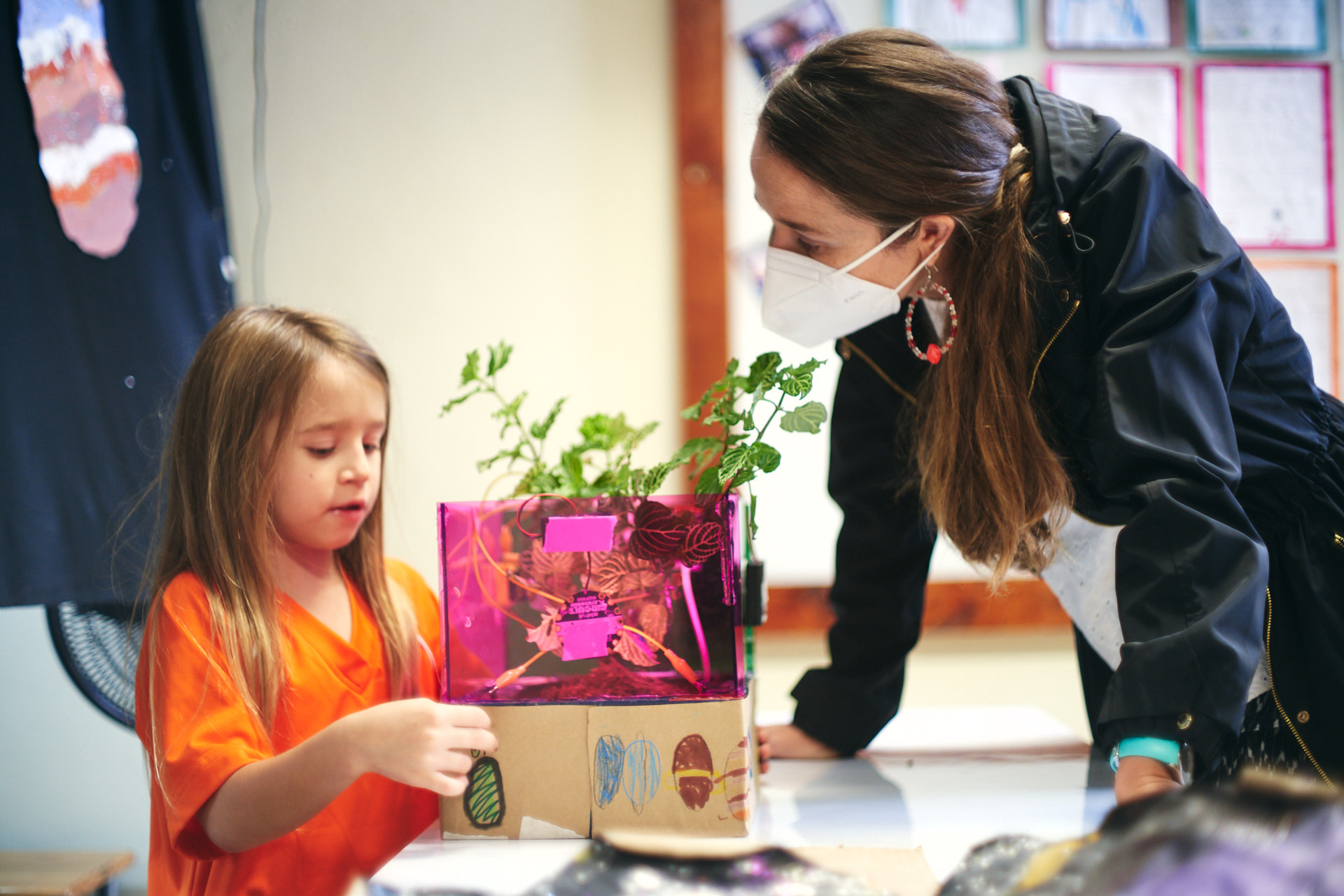 Last but not least in section C there was a plethora of projects relating to a wide variety of different topics. In their groups, they were set up ready to share what their project was about, some with models, others with presentations or posters. Some with mashed potato even! Our top three projects were exceptional and the groups did a fantastic job.

In third place, Anita, Gabi and Valeria from SRs researched and created a giant poster which they used to discuss trash in space. Second place went to Adam, Alejandro and Andrés from Seniors,  who wrote around 1900 lines of code to create a text-based space game, which they combined with still images and a song to make one of the most entertaining projects I have ever seen!

The first prize came as no surprise to any who had the chance to witness it. Santiago, also in Seniors, researched how to create a plasma cannon and then built a fully functioning (and very loud!) prototype. He then went the extra mile to calculate whether a plasma cannon would be useful for sending rockets into space! Spoiler: it isn’t!

Whichever section you had a chance to visit, the student’s work was excellent, and there were a lot of trophies handed out to each section for the hard work they put into them, which were awarded based on the results collected by our fantastic guest judges. 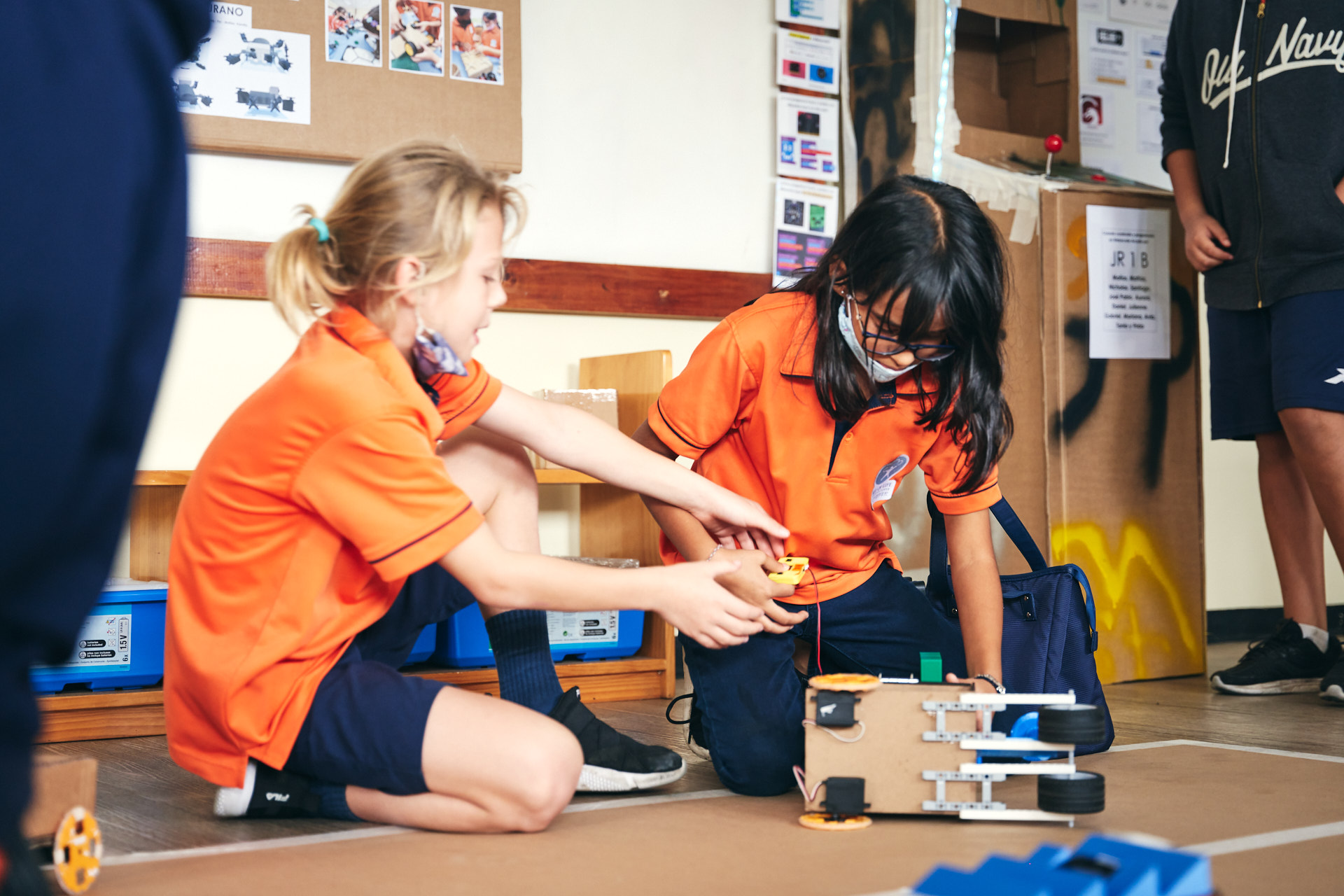 The organisation Rocket Girls works with girls in Costa Rica to help build excitement and love for STEM, with the aim to help more women get involved in STEM-based organisations in the future.

A few women who work with Rocket Girls alongside their own careers in STEM came along to be our expert judges and they did an amazing job!

Please check out the link on their name above if you would like to find out more about the work they do!

I for one, cannot wait to see what projects will come along in the next STEAM fair!